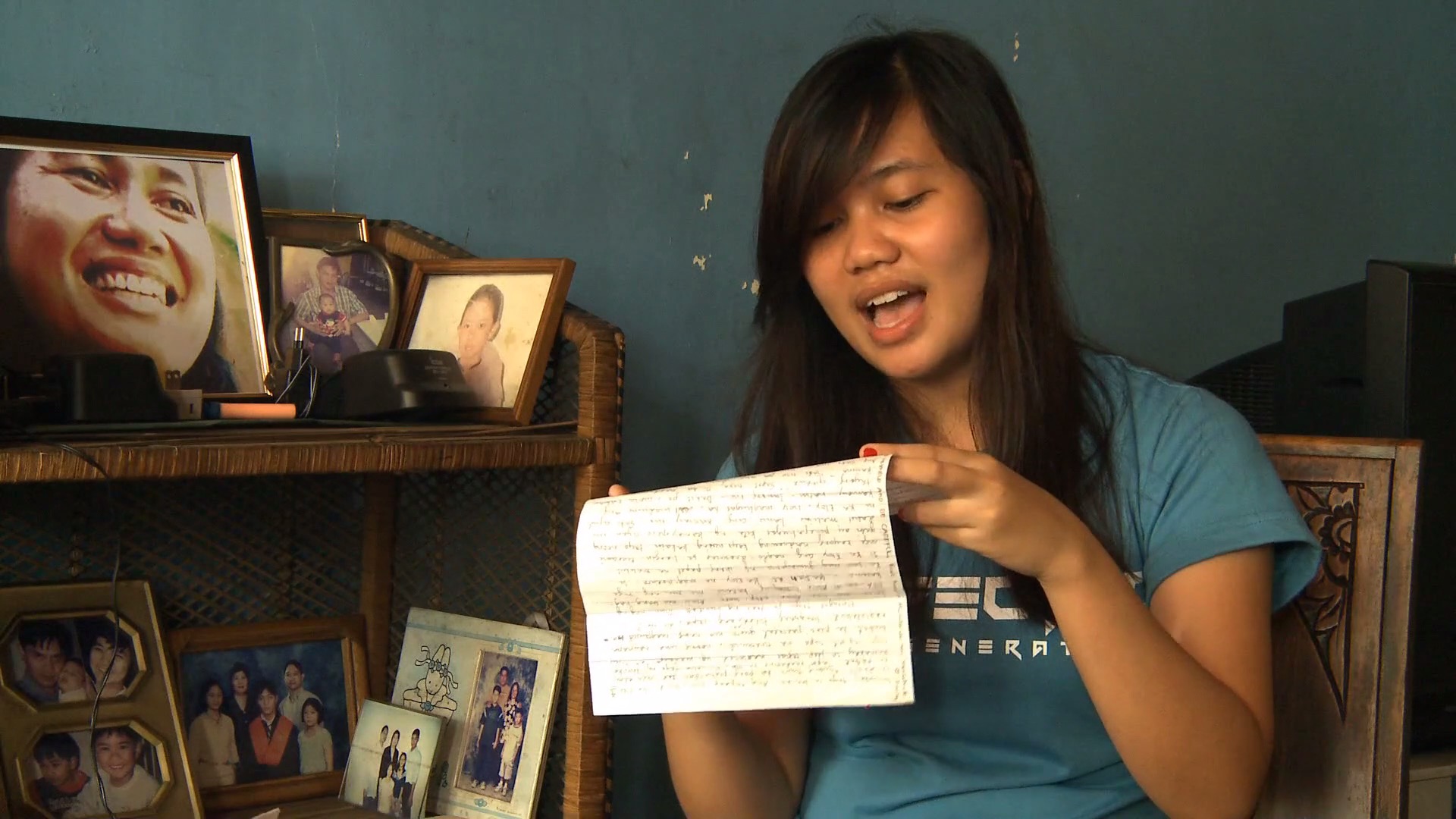 Ka Yanan, a member of the revolutionary armed movement, recently died during an encounter with government troops, and is survived by a son and two daughters. In Yanan, the filmmaker shows how the revolutionary’s children, grown into young adulthood, cope with their grief and pay homage to their departed parent. As they ponder their memories of their mother and the cause to which she pledged her life, they find among her possessions poems, letters, and recordings. Kept away for 15 years, the materials reveal aspects of Ka Yanan’s struggles that her children had previously not fully grasped.

About : Workshops in the Philippines

After the first workshops in the 1980s, new sessions are organized in the Philippines from 2012 to 2014.

Learn more about «Workshops in the Philippines»